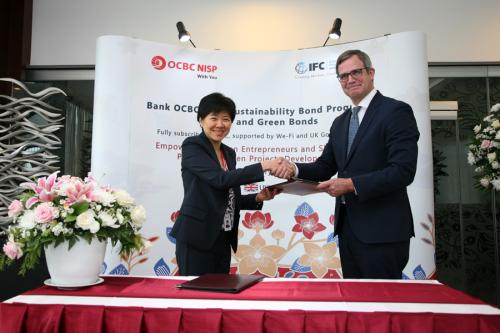 JAKARTA - IFC, a member of the World Bank Group, announced a loan of up to Rp 2.75 trillion (equivalent to USD200 million), which is a private arrangement between Bank OCBC NISP and IFC.

This is part of the Bank OCBC NISP Sustainability Bond Program which consists of green bonds and gender bonds. Funds obtained from gender bonds will enable the Bank to increase lending to women entrepreneurs and women-owned small and medium enterprises (WSMEs). Green bonds will support Bank OCBC NISP to increase the distribution of environmental friendly financing, especially for the development of green projects and green property financing.