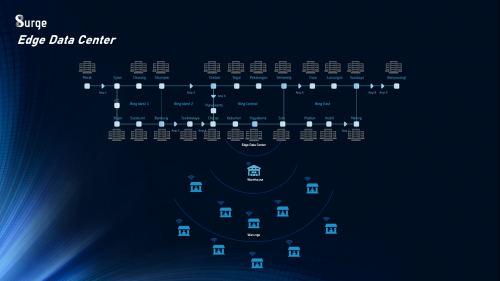 The first two locations of Surge's edge data center, namely Manggarai Station and Cikarang Station, will start operating in August 2021. As an initial stage, the company targets to present 580 edge data centers by the end of 2021.

Surge CEO Hermansjah Haryono said, “The growth of startups, entrepreneurship, and the growth of the digital economy cannot be separated from the support of connectivity and other digital infrastructure. Moreover, the growth of the digital economy in the future will be strongly supported by MSMEs, startups and people outside the Metropolitan City. This is of course in line with the government's national digital transformation acceleration agenda which focuses on infrastructure development and the digitization of MSMEs as well as the growth of local startups. Supported by the Surge ecosystem, such as large-capacity fiber optic cables along the railroad tracks and thousands of warehouse locations in collaboration with INKUD spread across Java, Surge's edge data center will be closer to the community and even reach small cities to provide fast connectivity, high quality and capacity.”

The expansion of fiber optic cooperation with PT KAI as well as the digitization of INKUD will utilize station and warehouse locations as edge data centers as Point of Presence (POP). Consisting of 580 train stations and 1000 KUD warehouses, the edge data center Surge will have two types of sizes, namely 2x3 meters and 4x6 meters containing data rooms with a total capacity of 2-20 racks (server racks) and a total electrical power capacity of 100 kWh - 300 kWh. The construction of this Tier 2 edge data center will have a backup power source equipped with a backup generator and Uninterruptible Power Source (UPS). (LM)