The Ups and Downs in Hotel Room Occupancy Trend 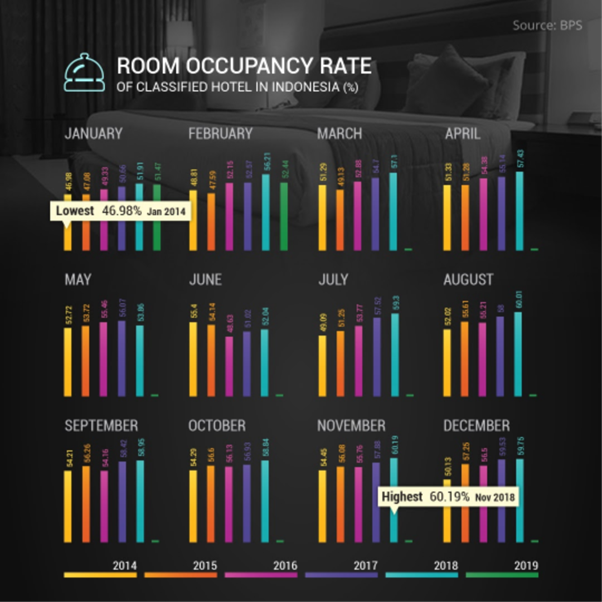 The room occupancy rate of this undisclosed hospitality service in Indonesia climbs steadily from January 2014 to February 2019, reached an average of 53.87% monthly. On annual basis, the trend shows a gradual increase of 1%.

The lowest point of occupied rooms is recorded in January 2014, at 46.98%. This trend continues as January is shown to be the least occupied month in this hotel every year. The first quarter of the year doesn’t usually have many public holidays, so it affects the room occupancy rate driven by tourism.

Overall, the rise of the annual occupancy rate can be observed in May, when the average rate is 54.36%. This figure remains constant until July, and then gradually go up. It reaches its peak in November and December with an almost 57% occupancy rate.