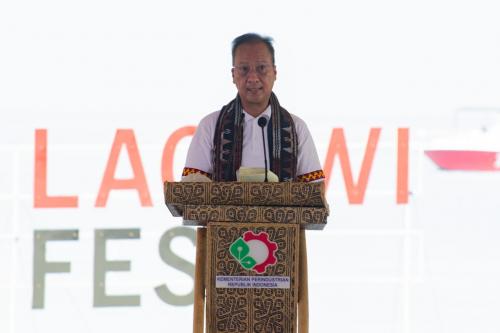 JAKARTA - In order to support the acceleration of the Program for Increasing the Use of Domestic Products (P3DN), the Ministry of Industry has collaborated with the Government Goods/Services Procurement Policy Institute (LKPP) to open a special showcase for products that already meet the domestic component level (TKDN). Domestic products that have a TKDN value can register their products into the LKPP's electronic catalog (e-catalog) through the TKDN storefront.

"As of June 22, 2022, there have been 323 products registered in the TKDN sectoral catalog out of a total of 25,247 domestic products with TKDN," said Industry Minister Agus Gumiwang Kartasasmita at the Coordination Meeting on the Follow-Up Affirmative Action for the Use and Utilization of Domestic Products in the event of Proud Made in Indonesia in Lampung, Thursday (23/6).