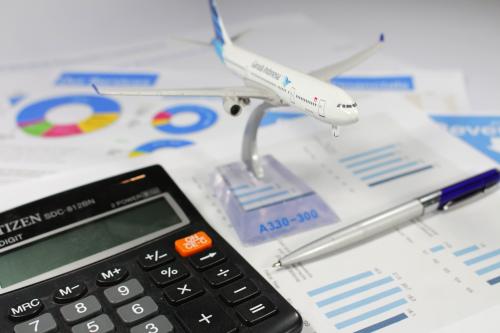 JAKARTA – The first round of disbursement of the revenue of the Jakarta-Jeddah-Madinah route tickets sales to the holders of the Collective Investment Contract of Asset-Backed Securities of Mandiri GIAA 01 (lit. Kontrak Investasi Kolektif Efek Beragun Aset/KIK EBA Mandiri GIAA 01) will take place from 2024-2032. This arrangement is the result of the proposal of repayment schedule using a balloon payment scheme between GIAA and the holders of securities, which will last 10 years in total, starting from 2022.

Aliyahdin Saugi, President Director of PT Mandiri Manajemen Investasi (MMI), the investment manager of KIK EBA GIAA 01, said that GIAA’s proposal had been agreed during the General Meeting of the Holders of Asset-Backed Securities two weeks ago (13/6). “There will be adjustment regarding the ticket sales disbursement in the transaction document,” he further admitted in the information disclosure quoted Friday (24/6).

According to Saugi, the adjustment of schedule and other terms and conditions will take effect after the transaction document is officially signed by MMI and GIAA. Then, GIAA shall save the revenue of the Jeddah-Madinah route tickets sales to a certain amount before transferring those to escrow accounts. (LK/ZH)