Greenwood focuses on development of mixed-use project in Surabaya 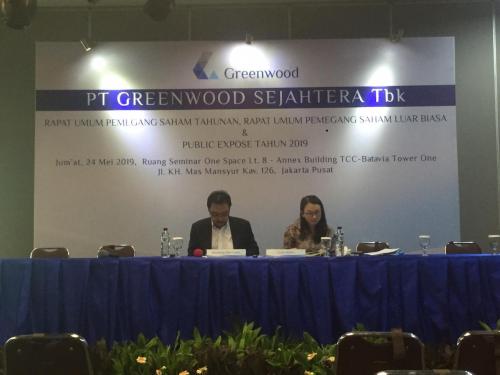 JAKARTA - PT Greenwood Sejahtera Tbk (GWSA) is focusing on the development of a mixed-use project in Surabaya. The project is being developed on 1.4-hectare land and consists of three towers.

“One is a 28-story office tower, then there are also a 30-story apartment building and a 28-story loft. There is also a two-story plaza to support these three towers,” Greenwood Finance Director Bambang Dwi Yanto told IDNFinancials.com after a public expose at Batavia Tower, Central Jakarta on Friday (24/5).

Mr Yanto added that Greenwood targets to start the handover process of apartment units in the project by December 2010. For the development of the project, as of the first quarter of 2019 the company absorbed Rp 24 billion of its total budgeted capital expenditure (capex) for the year.