Bappenas launches US$540,000 circular economy grant in collaboration with UNDP and Danish government 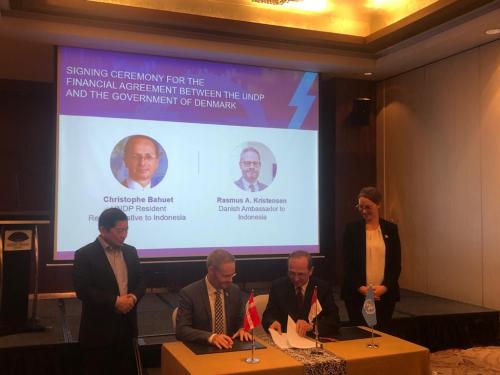 JAKARTA - The National Development Planning Agency (Bappenas) has partnered the United Nations Development Programme (UNDP) and the Danish government to launch a US$540,000 grant as an initiative to support the development of circular economy in Indonesia.

“A circular economy model is key to achieving zero pollution and a toxic free environment as Indonesia embarks on an industrial and service-based economy in the next decade,” said Mr Monoarfa in an official statement received by IDNFinancials.com, Tuesday (25/2).

“The Indonesian government is pleased to welcome this much-needed initiative which will ease the country’s transition away from a resource-based economy.”