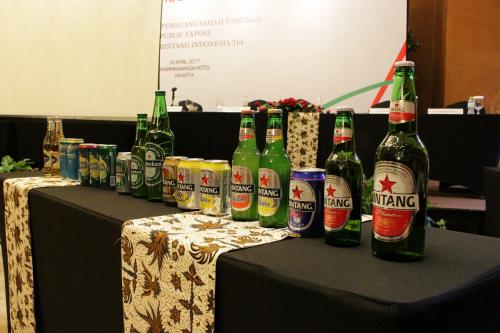 JAKARTA - Net profit of PT Multi Bintang Indonesia Tbk (MLBI) in the first quarter of this year was recorded at Rp 139.92 billion. The figure decreased by 41.58% compared to the achievements in the same period last year amounting to Rp 239.5 billion.

As a result, MLBI's earnings per share were recorded at Rp 66 per share at the end of the first quarter. This is down compared to the same period last year of Rp 114 per share. (LM)