Sinar Mas Group may become a new shareholder in MCOR 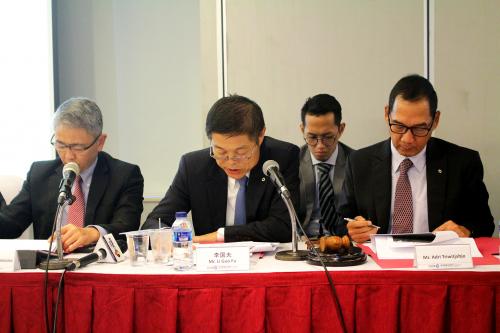 JAKARTA. PT Sinar Mas Multiartha Tbk (SMMA), a finance company owned by the Sinar Mas Group, has the opportunity to become a new shareholder in PT Bank China Construction Bank Indonesia Tbk (MCOR) because it has become a standby buyer in the rights issue to be held by MCOR.

As previously reported on idnfinancials.com, MCOR will issue 21.29 million new shares with a rights issue. With the exercise price of Rp 150 per share, MCOR has the potential to raise Rp 3.19 trillion in this rights issue.

The possibility of SMMA becoming a new shareholder strengthened after Johnny Wiraatmadja, one of the major shareholders at MCOR, said that he would not use all of his rights during the rights issue. "[Wiraatmadja] will transfer its pre-emptive rights through a transfer on the stock exchange during the trading period," MCOR management explained in its prospectus.

Furthermore, SMMA will buy the remaining new shares that were not bought by existing shareholders in the rights issue. (KR/AR)