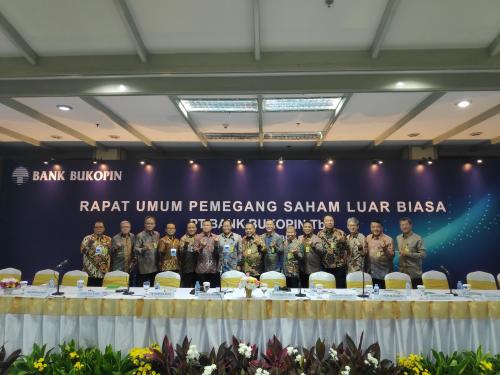 JAKARTA. Pemeringkat Efek Indonesia (Pefindo) has upgraded its rating for PT Bank Bukopin Tbk (BBKP) from “idBBB” to  “idA+”, after Kookmin Bank Co. officially becomes the controlling shareholder with a stake of 67%.

Kreshna D Armand and Danan Dito, analysts from Pefindo, said that the rating also applies to the BBKP's Shelf Registration Subordinated Bond II/2015. In addition to upgrading corporate and bond ratings, Pefindo has also changed the company's prospects to “stable”, from previously “CreditWatch with developing implications”.

"We see that with a large stake and controlling status, KB Kookmin Bank will be able to provide significant support to Bukopin," explained Armand and Dito in a press release.

Pefindo also said that BBKP's rating is still limited by its asset quality which is below the industry average. Also's BBKP's profitabiliy is also considered low. However, both of them are still deeply affected by the COVID-19 pandemic in Indonesia.

According to the data gathered by idnfinancials.com data, BBKP's interest income was recorded at Rp 881.2 billion in the first semester of 2020. With a gross Non-Performing Loan (NPL) rate at the level of 5.4%, BBKP was still able to record a profit of Rp 54.2 billion. (KR/AR)