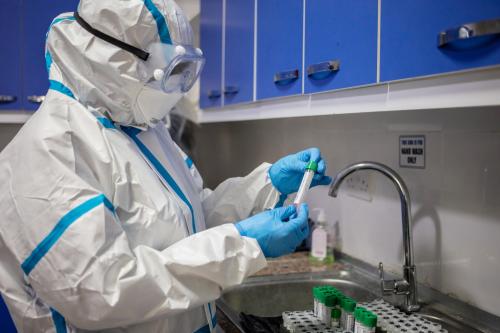 ZURICH - An additional US$35 billion, including US$15 billion in the next three months, is required for the World Health Organization’s (WHO) Access to COVID-19 Tools (ACT) Accelerator programme, said United Nations (UN) Secretary-General Antonio Guterres.

“We now need $35 billion more to go from ‘start up’ to ‘scale up and impact’,” said Mr Guterres at a meeting of a council formed to assist the programme as quoted from Reuters, Thursday (10/9).

“There is real urgency in these numbers. Without an infusion of US$15 billion over the next three months, beginning immediately, we will lose the window of opportunity.”

So far, ACT Accelerator has received US$3 billion in contribution, which Mr Guterres said is less than 10% of WHO’s funding target.

Mr Guterres and WHO Director-General Dr Tedros Adhanom Ghebreyesus have pleaded for more contribution as countries and governments including the European Union, Japan, the United Kingdom, and the United States reach bilateral agreements regarding coronavirus vaccines.

In August, European Commission President Ursula von der Leyen promised €400 million to ACT Accelerator’s COVAX vaccine portion, saying that the EU is committed to the success of the programme.

“It is difficult to find a more compelling investment case. The European Commission will remain deeply and entirely committed to the success of the ACT Accelerator,” Mrs Von der Leyen said.