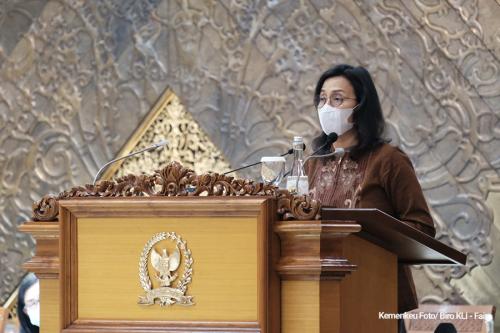 JAKARTA - The realisation of the national economic recovery budget as of 16 September 2020 reached Rp 254.4 trillion or 36.6% of a budget ceiling of Rp 695.2 trillion, said Finance Minister Sri Mulyani Indrawati.

According to her, the realisation was a result of the effort of ministries and government agencies to increase their budget absorption from August to September.

“There was continuous acceleration from August to September, and all ministries and government agencies have been asked to increase their budget absorption,” Ms Indrawati said at the monthly APBN KiTa (Our State Budget) press conference as quoted from Antara, Tuesday (22/9).

“We will always strictly monitor [budget absorption] in detail and provide recommendations if we see any budget post that does not progress as planned. This is to help the public and the business world,” Ms Indrawati said. (MS)