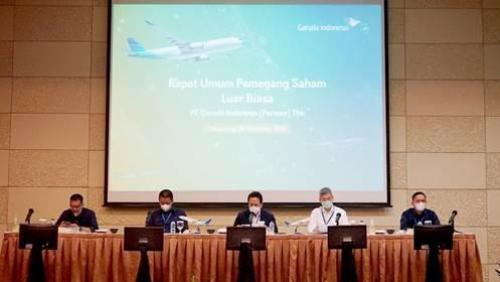 The MCB has a maximum tenor of seven years and will be mandatorily converted into new shares through a private placement.

According to Garuda Indoensia CEO Irfan Setiaputra, the corporate action is part of the national economic recovery programme to mitigate the impact of the ongoing coronavirus (COVID-19) pandemic.

"We are optimistic that the MCB issuance will support our effort to strengthen the company's liquidity and improve its financial position to support operational sustainability in the future," Mr Setiaputra said in an official statement obtained by IDNFinancials.com.

In addition, he also affirmed that the measure will maximise the airline's strategic role in driving national economic growth.

"This is a very positive start to support Garuda's commitment as a national flag carrier to maximising its role to support the connectivity of goods and people, both in Indonesia and internationally, which is expected to provide equality to and mobilise the national economy," Mr Setiaputra said. (MS)