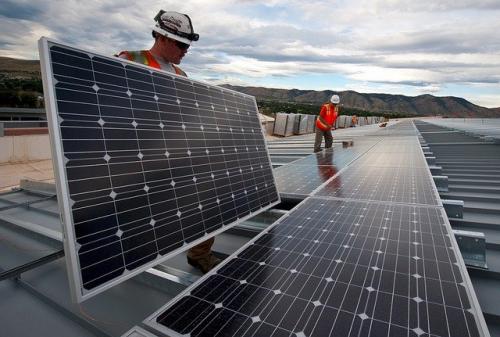 JAKARTA. PT Mitrabara Adiperdana Tbk (MBAP) has worked together to introduce a joint venture with Masdar, an energy company owned by United Arab Emirates (UAE), to develop and supply renewable energy in Indonesia.

The development and the supply of renewable energy will be focused on the commercial and industrial sectors, based on the official statement received by idnfinancials.com. MBAP and Masdar will use the brand Solar Radiance for the said joint venture.

“We believe that Solar Radiance will be capable of accelerating the implementation of solar energy as one of the renewable energy alternatives in Indonesia,” Khoirudin, CEO of MBAP, explained.

In the meantime, Fawaz Al Muharrami, Acting Executive Director of Masdar, declared that Solar Radiance would support the attempt of energy diversification for commercial and industrial users in Indonesia. “It is due to the fact that international and domestic users in Indonesia actually need renewable energy resources alternatives to meet their own emission reduction target,” he elaborated.

Based on idnfinancials.com data, Masdar has penetrated the Indonesian market since 2020. One of the initiatives was by forming a joint venture with PT Pembangkit Jawa Bali Indonesia (PJBI), one of the subsidiaries of PT PLN (Persero). The said venture will then operate the floating solar panel, which is claimed as the most extensive solar panel in the world. (KR/ZH)