Ministry of Trade launches MINYAKITA at IDR 14 thousand per liter 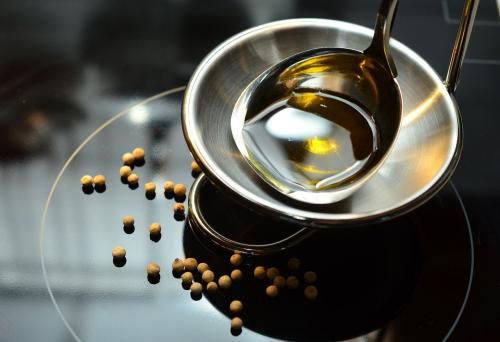 JAKARTA - The promise to reduce the price of cooking oil in a short time has paid off. Minister of Trade Zulkifli Hasan launched the people's packaged cooking oil under the MINYAKITA brand at the Ministry of Trade office, Jakarta, Wednesday (6/7). MINYAKITA will be distributed throughout Indonesia with the highest retail price (HET) of IDR 14 thousand per liter. The launch of MINYAKITA is an effort by the government to distribute cooking oil from the domestic market obligation (DMO) through simple packaging.

“We saw the enthusiasm of the community, MSME traders, including women, who came to buy MINYAKITA. MINYAKITA is an innovation so that the distribution of cooking oil can be faster and more evenly distributed. Buying cooking oil will be easier because it is already packaged and can be distributed to any market. Especially to eastern Indonesia, shipping will be easier," said Trade Minister Zulhas.

Implemented a policy of limiting purchases to avoid sales in large quantities by industries that are not in accordance with their designation. For this reason, MINYAKITA can be purchased for a maximum of 10 liters per day for each Population Identification Number (NIK). The public can show the PeduliLindung application or Identity Card (KTP) at the time of purchase. (LM)