MAP Group Performance in 2020. The Fate of Retail Industry during The Pandemic 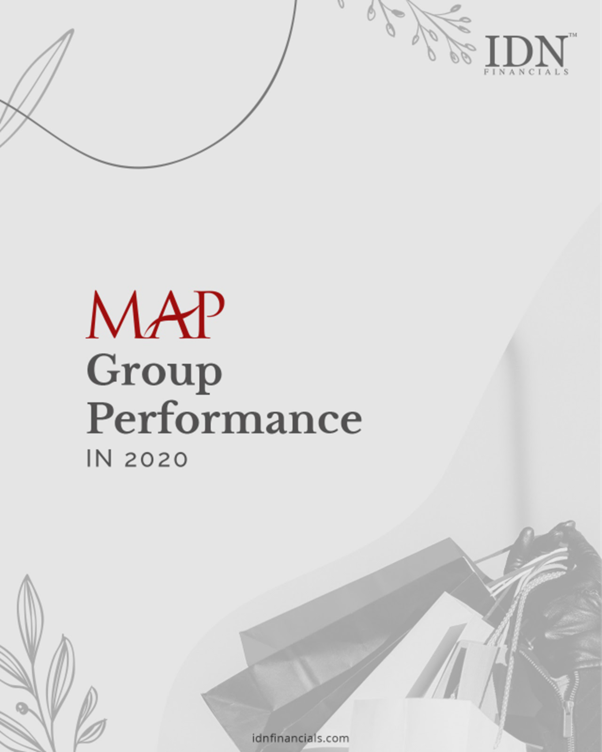 PT. Mitra Adiperkasa Tbk (IDX code: MAPI), mostly known as MAP Group, is a prominent retail company in South East Asia. Founded in 1995 and went public in 2004, this massive group is a significant player in the retail industry, especially in Indonesia, with their famous brands such as Starbucks, Sephora, Zara, and Burger King. PT. Mitra Adiperkasa Tbk is a holding company for 74 subsidiaries in the South East Asia region.

On the other hand, MAP’s revenue in 2020 was Rp14,84 trillion, which declined on average 30% in all segments compared to 2019. A sizeable slice of revenue comes from retail sales at Rp10,58 trillion with prominent international brands such as Zara, Mango, Sephora, Stradivarius, Bershka, Pull&Bear, and Laneige. Geographically, 90% of revenue is generated in the Indonesian market, while the smaller chunks were from Vietnam, Thailand, The Philippines, and other countries.

One of the leading subsidiaries of MAP is PT. MAP Aktif Adiperkasa (IDX code: MAPA), a business unit that focused on footwear, sports apparel, and sports equipment retails. Some notable brands are Sports Station, Planet Sports, Kidz Station, and Payless. This active segment scored some profit at Rp2.07 billion, although it shows a 99.7% decrease from the previous year.

Another subsidiary that has gone public is PT. MAP Boga Adiperkasa Tbk (IDX code: MAPB) focused on the food and beverages industry. Starbucks is one of the major retail brands of this company, along with Krispy Kreme donuts, Genki Sushi, and Cold Stone ice cream parlor.

This company experienced a substantial loss in 2020 at almost 200% compared to the previous year. MAPB generated Rp2.04 trillion revenue from sales, which decreased 34% from 2019. Most of the revenue, 65%, came from the beverages segment. Additionally, 66% of the total revenue comes from the Jabodetabek area.

For MAP, as the holding company, dividend distribution hasn’t been announced as it’s still waiting for the annual general meetings. This situation also applies to the subsidiary companies. (KD)