Telkom and 13 Other Companies Changed Names in 2020 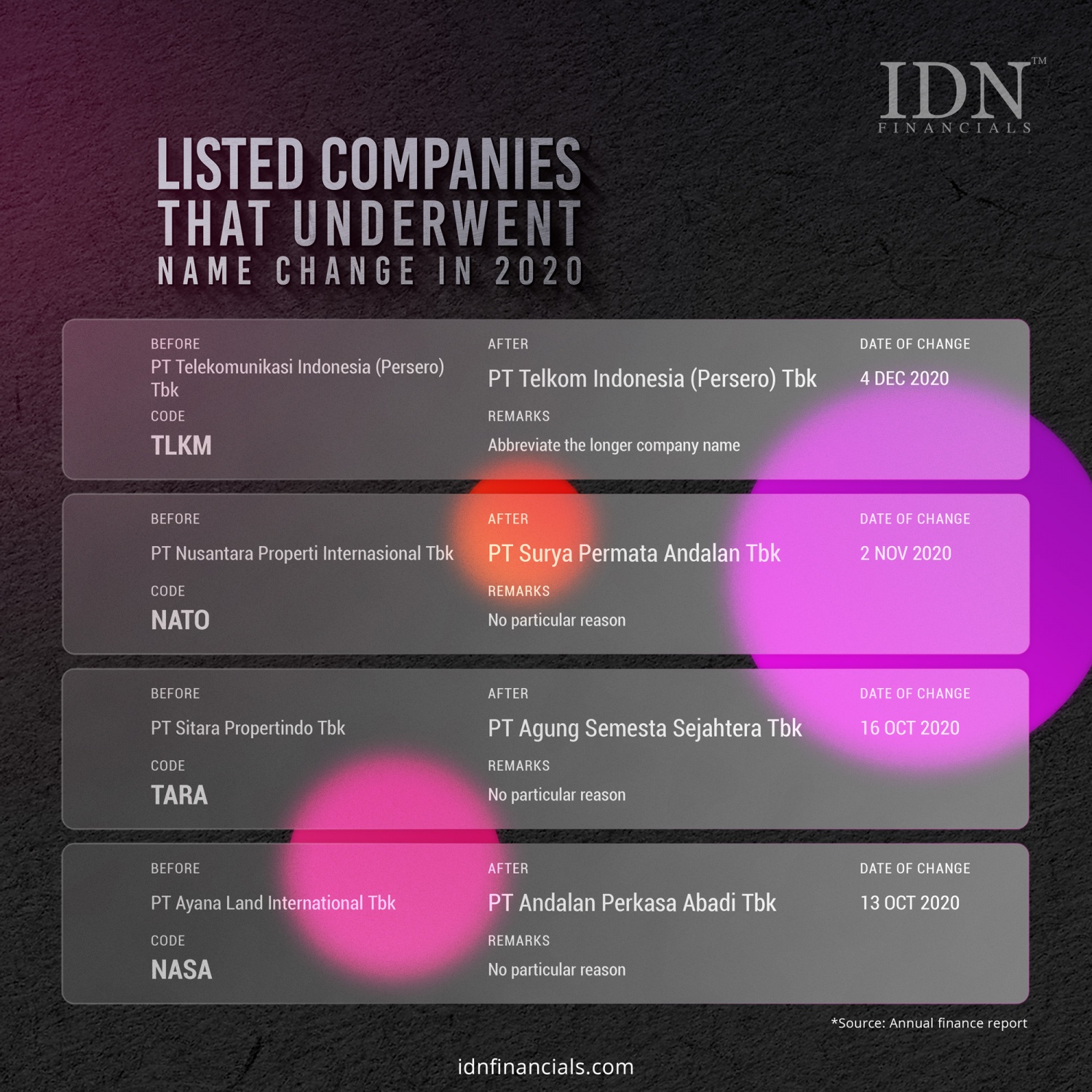 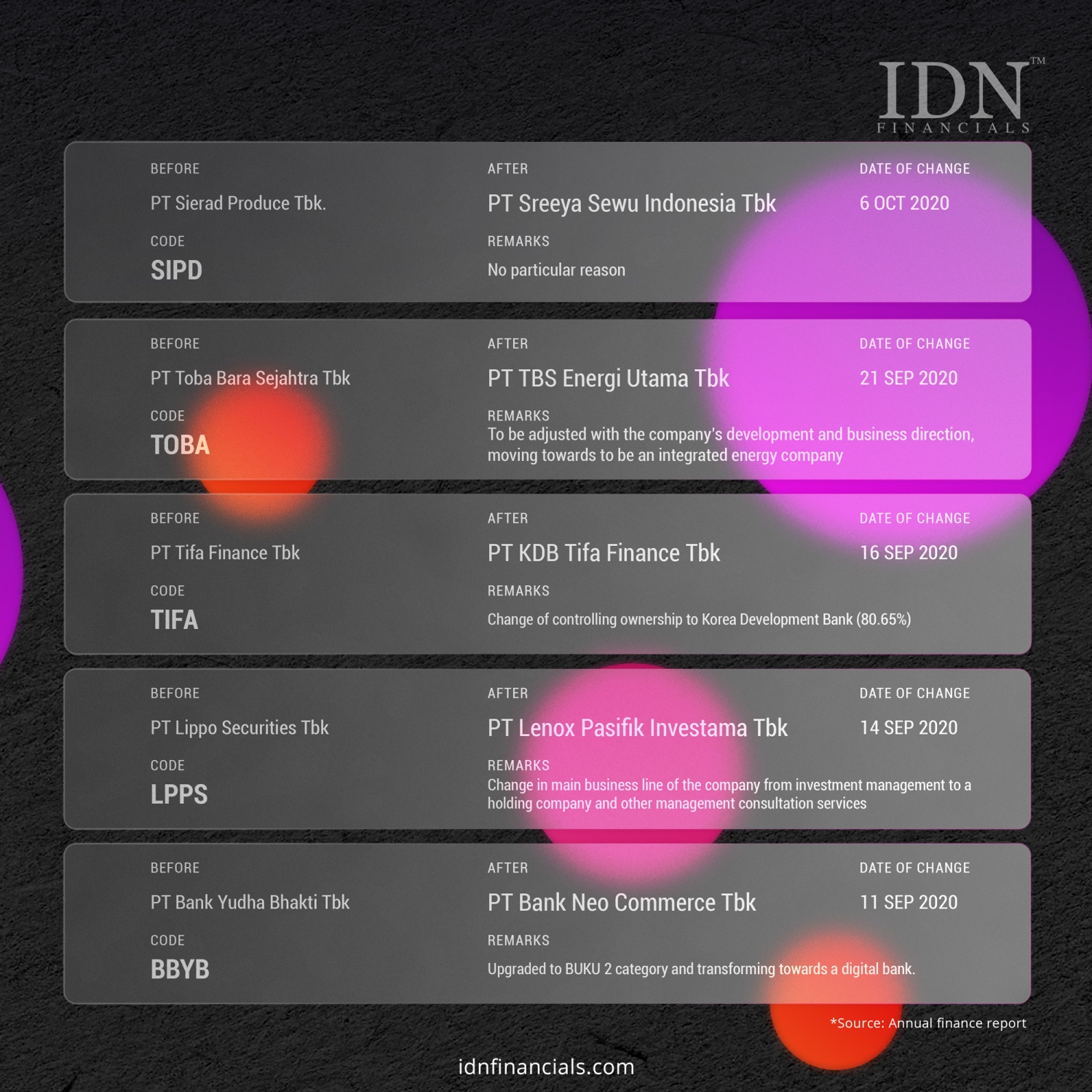 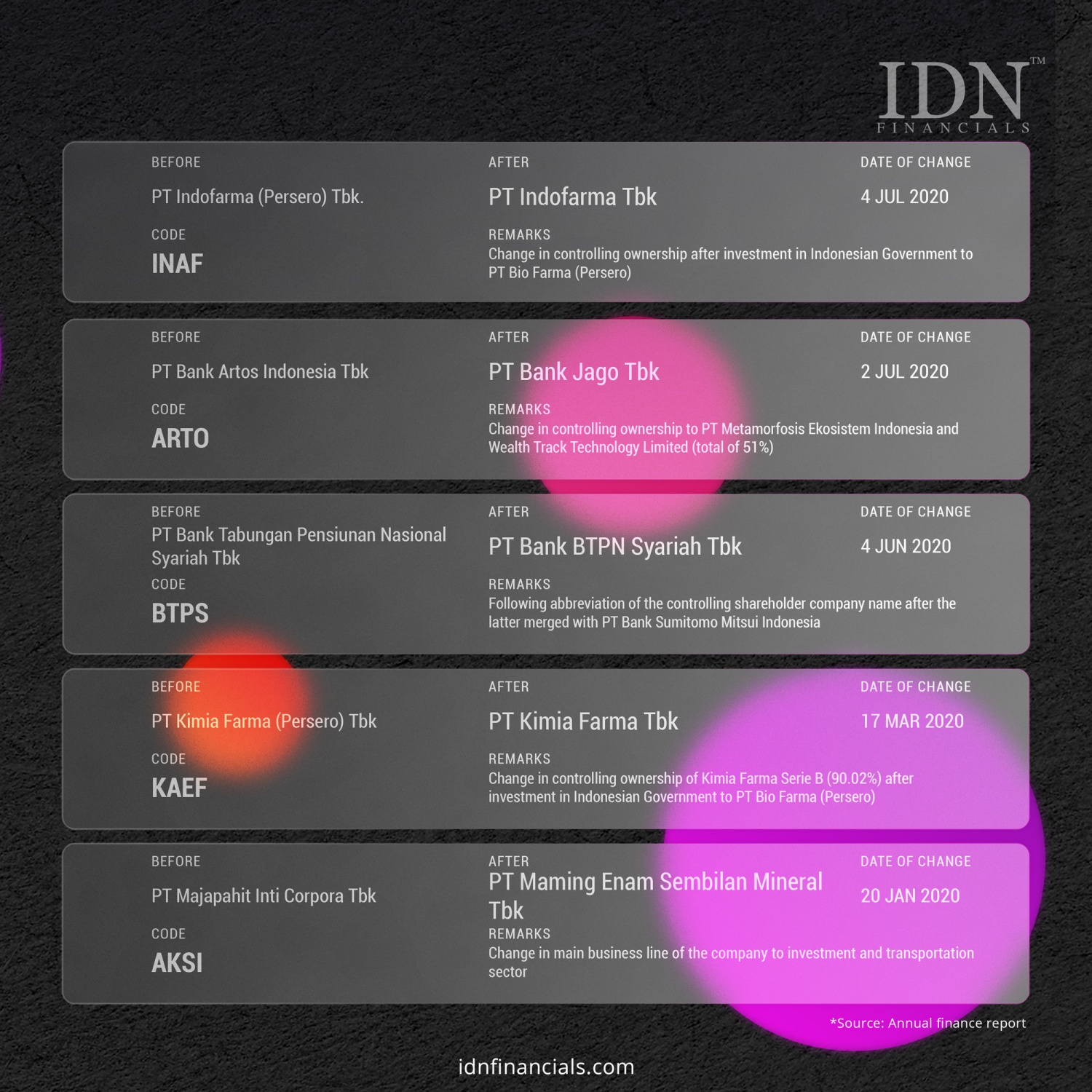 PT Telkom Indonesia was just the latest company that changed its name after the other 13 companies did the same thing in 2020. Many companies find it necessary to change their names to reposition their brands, to avoid confusion with companies with similar names, to align with the company’s new industry, and many other reasons.

PT Telkom Indonesia was previously PT Telekomunikasi Indonesia, decided to abbreviate its longer name to a shorter name which is more popular to the customers. This state-owned telecommunication company announced the name change on 4th December 2020. However, they kept the code TLKM in the stock market.

If Telkom was the last company to change its name in 2020, PT Maming Enam Sembilan Mineral (AKSI) was the first one as they did it on 20th January 2020. Previously known as PT Majapahit Inti Corpora Tbk, this company changed its name because it also changed the main business line of the company to the investment and transportation sector.