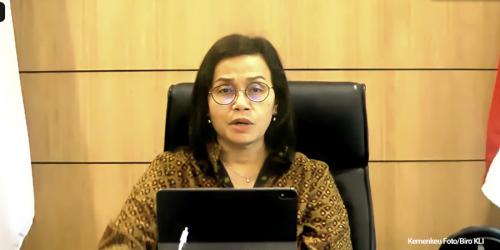 According to her, regional government spending related to national economic recovery is still relatively low.

"In terms of health, out of a Rp 30.4 trillion budget at a regional level only Rp 13.3 trillion had been absorbed as of late September. In terms of regional social safety net, out of a Rp 22.8 trillion budget only Rp 11.7 trillion or around 51% had been absorbed. There are still three months remaining, and the remaining 49% should tremendously help people in various regions," Ms Indrawati said in the 2020 National Coordinated Meeting on Inflation Control, held virtually on Thursday (22/10).

"In terms of economic support, out of Rp 19.24 trillion in each regional budget only Rp 2.6 trillion had been absorbed as of late September. It was a very small amount at 13.7%."

Until the end of 2020, Ms Indrawati said, the remaining Budget must be utilised to improve economic recovery, especially in terms of demand. After demand increases, the government will focus on increasing supply to keep inflation within target.

"This is what we are trying to do between all cabinet ministers and Bank Indonesia. We are trying to maintain our economy - not only in terms of macroeconomy, but also microeconomy and in the household sector," Ms Indrawati asserted. (MS)