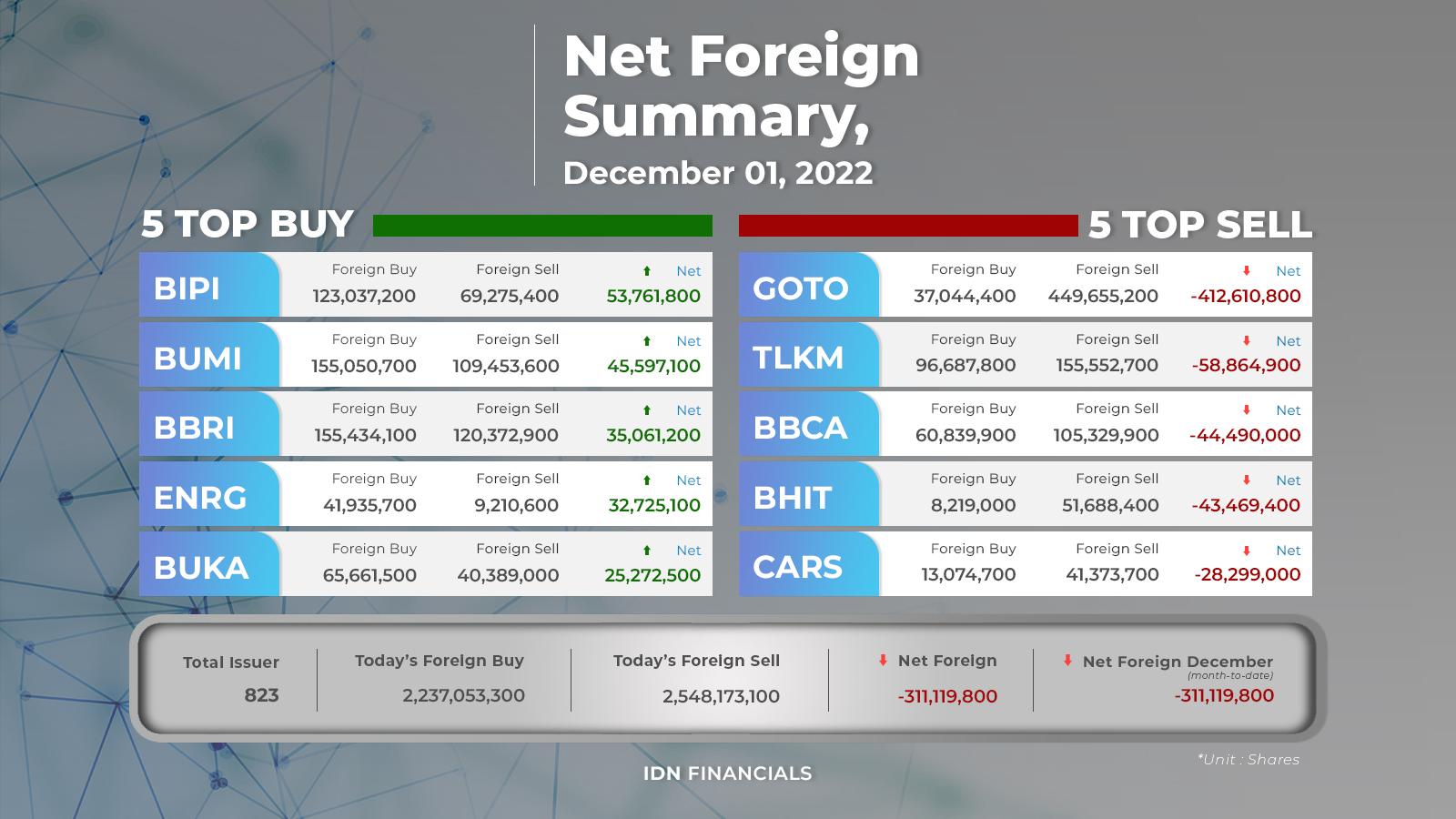 JAKARTA - The volume of foreign trade began at minus 311 million shares in early December 2022. The shares of PT GoTo Gojek Tokopedia Tbk, whose net volume was negative 412.61 million shares, were the biggest contributor to this loss after foreigners sold off 449.65 million GOTO shares on Thursday (December 1).

Read on for market news and guides only at IDN Financials!